Artist’s rendering of the so-called Labyrinth of Hawarra 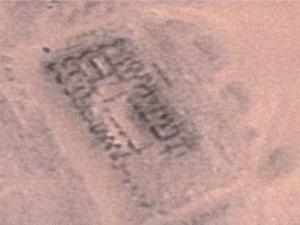 Did the ancient Egyptians use giant earth batteries as a source of power on the Giza Plateau as part of a huge industrial complex?

This book presents an intriguing concept of how past civilizations operated with ideas comparable to current science. The monumental Pyramids can now be understood by science today.

PAGOSA SPRINGS, COLORADO, UNITED STATES, July 9, 2019 /EINPresswire.com/ – James Ernest Brown, author and independent researcher on ancient Egypt, and explorers Drs. JJ Hurtak and Desiree Hurtak have announced the release of their new book, Giza’s Industrial Complex: Ancient Egypt’s Electrical Power & Gas Generating Systems. The authors present innovative and ongoing research that offers compelling evidence that outdated interpretations of ancient Egyptian pyramids need to be reassessed. Brown and the Hurtaks propose that the ancient Egyptians developed and controlled an elaborate system of electricity and power generation centered around the Giza Plateau and as far south as Abydos. The authors believe that the underground structures, canals and cavities that surround the ancient pyramidal structures were part of a huge industrial complex, comprising gigantic earth batteries.

Land batteries are an ancient concept that the authors say was used as part of the Giza industrial complex. In modern times, they have been used for various purposes for centuries. Land-based batteries use two different metals, such as iron and copper, by burying them in the ground (or in the ocean) or in a container with moist soil, and allow the natural current created to transfer to the metal electrodes. . Moist soil acts as an electrolyte solution similar to lemon or potato batteries. Once the electrodes are in place and connected by copper wire, the battery system can easily generate a constant flow of electricity with much greater potential for expansion. Land batteries are sometimes referred to as land-based energy sources, generated by land currents. Simple saltwater or freshwater activated batteries can also be made, and if metal electrodes are incorporated, which the Egyptians had, energy could be created. Whether through batteries activated by water or telluric currents, the Egyptians had certainly created a simple form of energy which they used for better health, agriculture and metallurgy.

Many of these underground structures are hundreds of feet long, and as seen from the perspective of a Google Earth satellite image, this shows a glimpse of structures in Egypt with evenly distributed patterns and components that are found under the sand. The area inside the rectangle has not been searched. The multi-compartment structures have been described as tombs or palaces for the pharaohs. If they were graves, why so many different and inaccessible compartments? The idea that they were palaces for the pharaohs is impractical as they have no doors or windows and are built underground with no real working openings for humans. What would be the function of such a high concentration of small compartments? These structures are located on the banks of the Nile. Therefore, when these structures were filled with salt water from the Mediterranean Sea, they could become giant land batteries with a complex of electrodes. This would have generated a constant flow of electricity on a large scale.

There are over 75 of these underground structures, all of which face the same direction (almost north) where the fresh water of the Nile meets the salt water of the Mediterranean Sea. As early as 1875 a patent was issued for a grounded battery and progress has been made since. The ancient Egyptians used this technology on a large scale thousands of years ago to accomplish some of their amazing feats.

JAMES ERNEST BROWN is an independent researcher and multiple award-winning author of the critically acclaimed book Electric Ancient Egyptians and Fire in Middle. His journey began in 1978, and he has visited Egypt several times since then. He founded Ancient Energy Research Center to explore ancient technologies and apply those ideas to free energy applications for the modern world. He studied over 15,000 photos taken during his travels in Egypt, obtaining a wealth of evidence-based information and revelations. He personally experimented with the ideas from his books. Brown traveled to many parts of the world to conduct his research, including the Coral Castle, Indian sites in Central and North America, and throughout Egypt.

DR. JJ HURTAK, Ph.D. and Dr DESIREE HURTAK, Ph.D., MS. Sc. Are social scientists, archaeologists and founders of the Academy For Future Science, an international non-governmental organization. Drs. Hurtak researched ancient sites around the world and was one of the main members of the Schor expedition that discovered the “Tomb of Osiris” in 1997 on the Giza Plateau. They also worked in the pyramids of Mexico to perform archaeo-acoustic tests. They are the authors of numerous books and articles, ranging from the analysis of ancient Egyptian texts to modern physics.


The priority of EIN Presswire is transparency of the source. We do not allow opaque clients and our editors try to be careful to eliminate bogus and misleading content. As a user, if you see anything that we missed, please bring it to our attention. Your help is welcome. EIN Presswire, Every’s Internet News Presswire ™, tries to define some of the limits that are reasonable in today’s world. Please see our editorial guidelines for more information.