The idea of ​​using digital technologies to teach students at home was introduced to further their education and overcome mental stress and anxiety.

The number of new cases of coronavirus disease (COVID-19) has climbed to more than 22 million worldwide, while the number of cases in India has exceeded 2.9 million as of August 21, 2020.

Full containment was imposed on March 24 for 21 days to curb the spread of the disease. The number of cases, however, has always increased at an alarming rate, leading to the continued lockdown.

The “unlock” phases in India began on June 1. All educational institutions have been closed to promote the need for social distancing, compounding the impact on education.

Schools and educational institutions remained closed even after the unlocking phases to ensure the safety of students, teachers and their families.

The United Nations Educational, Scientific and Cultural Organization (UNESCO) responded to the school closures by issuing several recommendations. He called for the use of distance education programs, apps and open educational platforms that schools and teachers can use to reach distance learners and limit disruption to education.

The idea of ​​using digital technologies to teach students at home was introduced to further their education and overcome mental stress and anxiety during lockdown.

The COVID-19 pandemic has brought about a digital revolution in the higher education system through online conferences, teleconferences, digital open books, online exams and interactions in virtual environments.

Several states and Union territories, including Jammu and Kashmir, Mizoram and West Bengal, hosted daily televised conferences as the Union’s Ministry of Human Resources Development partnered with suppliers of television services to allocate specific channels for this purpose.

University faculties create accounts on the online video conferencing platforms of Zoom Video Communications Inc, Skype Inc and Google LLC, among others, to engage with students.

Nearly 60.2 million teachers and university professors are no longer in class. School closures not only impact students, teachers and families, but also have far-reaching economic and societal consequences.

The impact has been more severe for disadvantaged children and their families. In India, where most people still live in rural areas, nearly 70 percent of children attend public schools. Nationwide digital learning is virtually impossible in such schools and comes with opportunity costs.

The increased use of virtual classrooms has its benefits, as students have enough time to complete their lessons, which keeps both their study and work hours achievable by working from home.

A survey conducted by faculties at the International School of Business and Research in Bangalore said:

When professors started taking sessions online, they were shocked to find that student attendance was 20 times better than regular class sessions, with almost full attendance while engaging with them virtually. Teachers find that there isn’t much difference between online and offline sessions, as they can share presentations, play videos, and use chalkboards and markers like in regular classrooms.

Online education is better than regular sessions because you can focus on your family and your mental peace. On the other hand, poor internet connectivity, power supply, lack of smartphones and other gadgets hamper educational opportunities for students in rural areas. The Niti Aayog, in its Strategy for New India @ 75 report, said that 55,000 villages nationwide had no mobile network coverage. 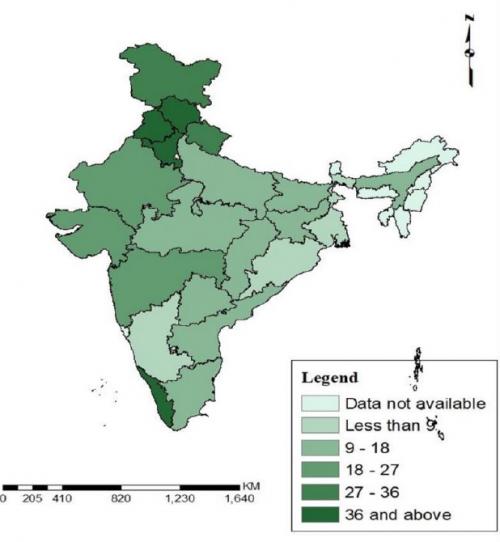 Teachers also face challenges in adapting to digital education, as the concept is new to them and needs dedication and more observant attitudes.

Students aged 4 to 12 barely own or know how to use cell phones. Teachers connect with them through their parents’ phones, which ultimately takes their time. Most of the time, parents who work from home struggle between their jobs and their children’s education.

An internal survey by the University of Hyderabad found that 2,500 students had problems with online education. Although 90 percent of respondents have a cell phone, around 63 percent of them were unable to access online courses rarely or at all.

Interestingly, among the concerns raised about online education, 40% cited unreliable connectivity as a major deterrent, while 30% cited the cost of data. Significantly, 10 percent indicated that the uncertain electricity supply was a concern.

On the other hand, if cell phones are more or less accessible to everyone, there are very few owners of laptops or computers.

Half of the total number of learners or 826 million students worldwide did not have access to a home computer and 43% (706 million) did not have an internet at home, according to UNESCO.

Students who had access to network arrangements and fully participated in online courses received only “virtual education”. The maximum percentage of schoolchildren and academics who enter online courses only learn during class.

In addition, this practice of bringing classes on electronic gadgets has increased the screen time of children, where learning has become secondary. Social distancing and virtual classrooms have exempted children and young people from their social circles and outside environment.

As a result, they have become more complacent, socially excluded, more involved in gadgets and virtual indoor games.

This can have long-term repercussions on students when they try to enter the workforce. These habits can also lead to serious health problems and impediments to their natural development.

The new education policy, 2020 will prepare school systems to deal with such pandemics more effectively and without prolonged interruptions in the future and will orient towards building a strong public education system in the country. .

COVID-19 has taught us how school is not equivalent to simple learning, but encompasses a social space, a social process, to learn to live, think and act for the well-being of oneself and of society in his outfit.

We are a voice for you; you have been a great support to us. Together, we are building independent, credible and courageous journalism. You can help us more by making a donation. It will mean a lot to our ability to bring you news, insights and analysis from the field so that we can make changes together.